The Benefactress by Elizabeth Von Arnim, a somewhat fairy tale story begins like this:

When Anna Estcourt was twenty-five, and had begun to wonder whether the pleasure extractable from life at all counterbalanced the bother of it, a wonderful thing happened.

Though The Benefactress by Elizabeth Von Arnim is one of the earlier novels of the author as the book first published way back in 1901, it nevertheless fails to portray the quintessential preoccupations and spirits of the author. Von Arnim clearly took a lot from her own experiences for inspiration in this novel as well. 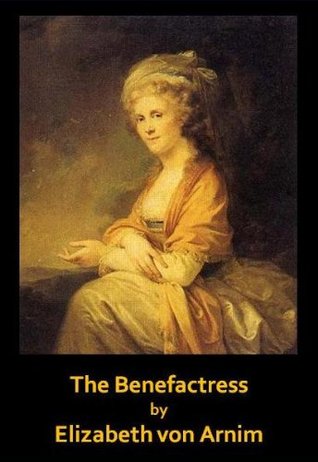 Elizabeth Von Arnim as an author of considerable reputation and grit published a total of 21 novels spanning across her life that ended at the age of 74 in 1941. The variety of her subjects is really bewildering ad really make them difficult for the reader and critics to encapsulate. Ranging from the flamboyantly escapist portrait in The Enchanted April to the nerve raking thriller Vera to the witty classic The Pastor’s Wife, you cannot come to a quick and straightforward decision about this gifted author of Nineteenth century.

Interestingly enough, though now the entire literary world knows her as Elizabeth von Arnim (en.wikipedia.org/wiki/Elizabeth_von_Arnim), she never published in her own lifetime under this name. Her husband was a well known German aristocrat named Graf Henning August von Arnim-Schlagenthin did not approve his wife’s writing career and so to evade public embarrassment Elizabeth continued to write novels publishing anonymously.

The compelling as well as sensitive storyline and storytelling

Anna Estcourt, beautiful girl at her twenty-five, still unmarried, has been raised under the guardianship of her elder brother and his whimsical, socially ambitious wife, Susie. He had no money and consequently no independence for her. Anna even when grown up is to live like a child under the Susie’s domination. This torment of the protagonist makes up the main backdrop of the storyline. While Susie continues exercise her unjust command over Anna almost captivating her from the life outside, Anna, an idealistic and tender soul, refuses to break apart the bond just because of her moral and idealistic views on life.

In another chapter of the novel, when Uncle Joachim, the brother of Anna’s German mother comes to visit, they two quickly become affectionate friends. But, both of them fail to understand each other completely as they belong to two complete worlds of upbringing and moral subjection. Though, her uncle understands her gnawing cry inside, her in-depth will for an independent life. So, at the time of his death just a few months later, Anna suddenly finds herself an heiress, inheritor of a the property of her uncle.

Until this time, Anna had no intention of marrying a good gentleman whether he is a German or not, particularly because of the generous annual income that she has now she considers leading an independent life is her ideal choice. This is the life she dreamed for so long that even living in the obscure rural Germany did not repelled her. Anna went there with Susie and her brother. Now blessed that she is with such a huge property, she readily decided to spend her fortune to accommodate the distressed gentlewomen, to offer them independence and comforting residence so that they like her do not need to rely on relatives. Though it was readily recognized as a noble plan everyone commented on the impracticality of it as well. The following storyline deals the drama that ensues from her dream benevolent project and the challenges overpowering her from all sides.

Von Arnim’s trademark feminism is explicit in this novel but in referring to the tyranny of men and desire of women for independence, the book undoubtedly expressed the generous side of some open hearted men and actually made a male hero, her departed uncle without whom she could not have got the freedom from tormenting bondage. Though it is not typical of her works, this burst of feminism through the depiction of men’s ignorance towards women and tyrannical attitude towards their freedom has been a recurring theme in many of her novels. The love that awaits Anna in her Uncle’s estate is repressed silently in the heart of a thoughtful young bachelor responsible for looking after the estate beside Anna. Avoiding of the much awaited outcome of their meeting in a relationship and loving bond was deliberately side-passed by the author only to give vent to her real sensitive project and constant preoccupation, the distressed women reeling under the domination of men.