John Galsworthy as a Nobel laureate English novelist and playwright had been known worldwide for his exceptionally vivid and critical style of writings. His quintessential trait has been the criticism and a sympathetic portrayal of upper middle class Britons but in doing so he never missed the humanist footing and wit in shaping his characters and plots. The Patrician John Galsworthy 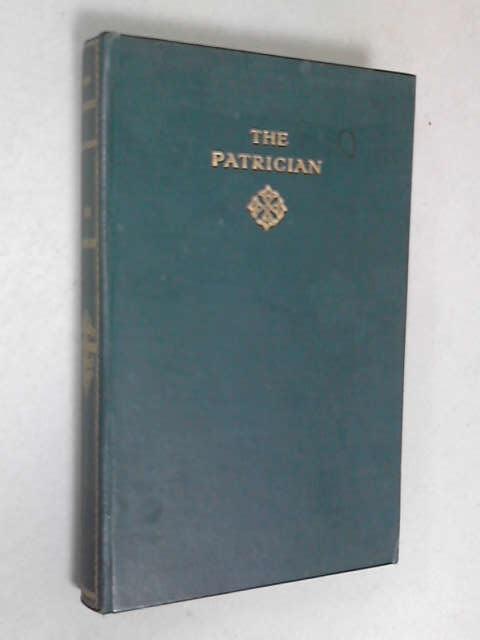 , much like his unequalled masterpiece The Forsyte Saga displays all these elements with ultimate depth, lucidity and vividness. Reading John Galsworthy is a revealing experience, but reading The Patrician can be more revealing about the harmony, melancholy and critical depth author can achieve with his fluid and powerful writing style.

As an author of an array of acclaimed literary works, Galsworthy in his lifetime gained an astounding readership that even his crudest critics would hardly disagree with and his readers always had an idea of his taste and quintessential preoccupation about the critical exploration of middle class social values. In novels and plays his characters always displayed this critical demeanor with a kind of fervor that the authorship behind them can be unmistakably recognized. In that respect The Patrician follows the same lineage and all intimate signs of his literary style and preoccupation. So while taking this volume you can actually be sure of reading Galsworthy novel as important as his so called masterpiece The Forsyte Saga.

From the last quarter of nineteenth century England, Edwardian values continued to face the rising intellectual challenges across every social sphere, but even the harshest critics of the snobbish high culture reminiscent of the old British hierarchy and aristocracy could not make themselves entirely distanced from it. In that sense John Galsworthy (en.wikipedia.org/wiki/John_Galsworthy) is a fine example of an intellectual suffering from this dichotomy. His critical notion of the upper middle class of the era apart, his apathetic relation with the ideology and values of the era can be traced in the way he put things in the literary frame. His plot, his literary edifice and his choice of words for the characters residing inside his literary castle is no different from the majority of people living with that eroding value. So, rather than portraying his characters from a contrary position his criticism actually serves the edifice of that value structure in the way of a reformatory voice. Thus in the final analysis Galsworthy is only pushing the boundary of impending change that is supposed to come and offer strong stand against the pretentious upper class value.

A storyline with no psychological exploration

For a writer of Galsworthy’s status hardly a storyline matters, because quintessential writing exists beyond the so called obligatory frameworks of plot and storyline. As literature developed and continued to encompass all social, intellectual and personal aspects, novels became more autobiographical, personally fetishistic to the author, more psychologically drawn to the inner recesses of the characters and less predestined to follow the plot or storyline. This psychological turn sometimes became self-deciphering, sometimes took a narcissistic turn. From Nabokov to Kafka to Borges to Camus, we can see a long tradition of twentieth century fictions that made this stress on author’s personal journey apparent. The question is where we can put John Galsworthy and his literary creations in this respect? To answer this we must point out to his writing serving as a social critic to a decadent social value. Naturally, he took the individual sufferings and question of destiny from an outward point of view rather than taking an insider’s stand or to be more precise, a psychological point of view.

The last chronicler of a self-important social class

John Galsworthy in The Patrician had focused more on the ambition and folly of some upper middle class characters in astute details and in doing so the decadence of this high minded society that is already taking root in the then England becomes apparent to us. His criticism of this social class and their aspiration seems more like a chronicle that is already feted to reach the road’s end. It is the end of the road for a social value and its own critic, because the decadence is complete and the gigantic wheel of progress in twentieth century already began its toil and so, no longer such accounts will be written. So, with Galsworthy a generation of literature came to its feted terminal point and The Patrician can as well be commented as one of the last chronicles of this eroding era.