CARC or Chemical Agent Resistant Coating was developed by the US Department of Defense as a means to protect the military vehicles and the personnel inside it from various threats. CARC paint technology can only be used by the US military and it consists of several steps to complete the coating procedure. CARC paint technology has seen many improvements over the years. It keeps changing to meet the demands of the military.

To better understand the benefits of CARC paint, it helps to know a bit about its coating procedure. 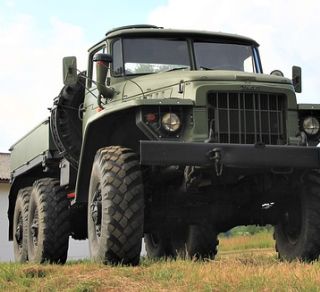 CARC paint can be used on different metal substrates. Depending on the substrate, the cleaning and the pretreatment procedures can differ.

The pretreatment stage is to prepare the substrate for the primer and the topcoat. The primer offers protective properties to the vehicles. The next and the final step is the topcoat, which is also when pigments are added to the paint.

CARC paint offers camouflage to military tactical vehicles. The pigments used in the paint help the military vehicles hide from the enemy’s detection technology. The use of CARC coating makes it possible for military vehicles to avoid detection by even infrared technology. The different colors were developed to help the vehicles blend in perfectly with the surroundings. The green pigments are for different terrain but the use of brown color is for another warzone altogether. It is not only used on ground vehicles but also on aircrafts.

Different types of camouflage schemes have been developed over the years as the specific requirements of the military. Due to the camouflaging properties, the military personnel are also better protected from different kinds of harm in the enemy terrain.

CARC Paint is also used on trucks carrying supplies, forklifts (used for construction, clearing terrains etc.), carriers, and other specific uses depending on the warzone or the needs of the military.

CARC paint was also developed to protect the army vehicles from chemical and biological attacks. The non-porous property of CARC coating makes it impossible for any chemical to penetrate the army vehicles.
As the chemicals cannot seep inside the vehicles, CARC coating also protects the personnel and equipments inside them. Another way CARC coating helps protect the personnel from chemicals is that these paints release less VOCs or volatile organic compounds. VOCs are harmful to the health when breathed through the air.

In case of chemical attacks, it becomes necessary to clean the toxins from the exterior of the vehicles. As no chemicals gets absorbed due to the coating of CARC paints, the cleanup and the decontamination process becomes quite easy. It can simply be cleaned from the surface without spending a lot of time in the process.

CARC paints help the military save money by protecting the vehicles from damage. When the vehicles cannot be detected easily, it becomes nearly impossible to cause them damage.

Even chemicals have no effect on the army vehicles; again helping the military to save money that would have been spent in replacing the damaged vehicles. Even the cost of labor is reduced as the cleanup process is simple in case the vehicles come in contact with biological agents or toxic chemicals.

CARC paint makes the vehicles more durable. Vehicles with CARC coatings can withstand extreme weather conditions without sustaining any damage. The topcoat of the CARC technology offers protection to vehicles from corrosion, thereby, extending their lifespan.

CARC technology protects the vehicles from scratches as well as extensive damage. CARC paint can withstand harsh sunlight and cold. It is also quite resistant to UV damage. By boosting the durability of the vehicles, CARC paint helps the military save a lot of money.

The CARC paint procedure needs to conform to strict military specs. The quality of the paint depends on the coating service providers. Only the best CARC paint service providers can offer different kinds of coatings to suit the needs of the military.